Fix the Scrabble® grid on the board with the help of the magnets. 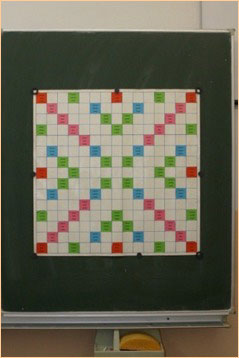 Find a suitable initial and fix its letters (tiles) on the board. It should be a long word providing the students with plenty of opportunities to form new words. (I always use the word NEWSPAPER.) 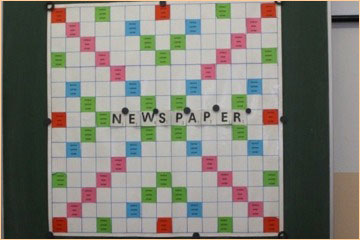 Each group draws 10 tiles from their pool (e.g. cloth bag). The students are only allowed to see their own group's tiles and the ones on the board. The watch each other so that nobody cheats. After each turn they replenish their supply.

Explain the rules of the game with examples:

After all groups have drawn their tiles the first group begins to fix their word on the board. Each group has a time limit of two minutes. It starts when the previous group has fixed their word. Here you can see the game in progress. 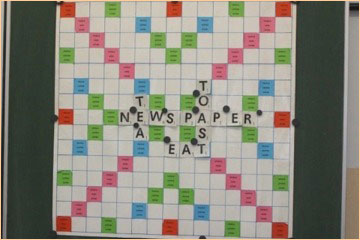 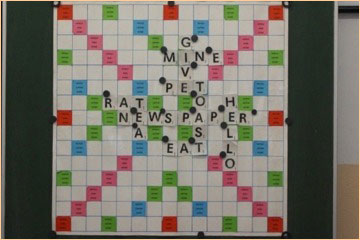 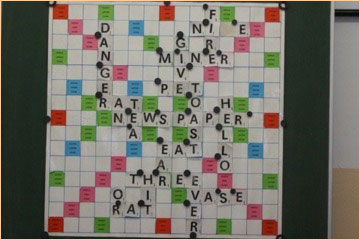 End of the game

Stop the game after some turns. The group which has scrored most points is the winner. Motivate the students by documenting the scores on the board in the course of the game. You can easily turn the game into a competition with a list of the highscores. Then you should play the same number of turns. 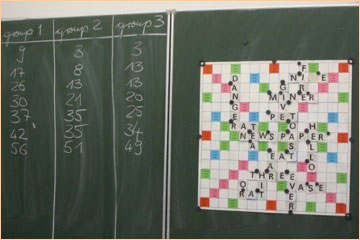 Used with the permission of Mattel.