Utah – Facts for a presentation

Salt Lake City, the town of the Olympic Winter Games 2002, was built by the Mormons who arrived in 1847 because of religious persecution in the East and Midwest. In Utah the first transcontinental railroad was completed in 1869 (Promontory Summit). Mormon difficulties with the federal government about polygamy did not end until the Mormon Church renounced the practise in 1890. On January 4th, 1896 Utah entered the Union. The picture shows the Temple of the Mormons (Church of Jesus Christ of Latter-day Saints. 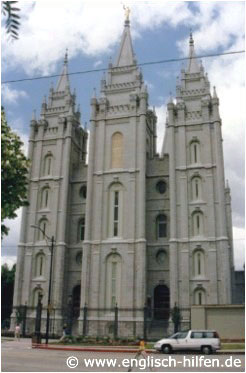 Utah is rich in natural resources. On one photo you can see the world's largest man-made copper mine (Kennecott Copper Mine), 2 ½-miles across, and ¾-mile deep, the mine is so big, it can be seen from space shuttles in outer space.

Kennecott is the second largest copper producer in the United States - providing approximately 15% of the country's copper needs and produces approximately 310,000 tons of refined copper each year. 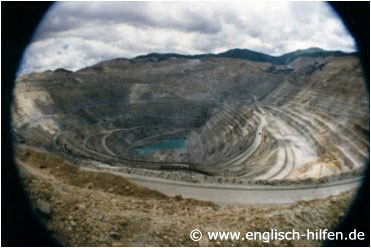 Utah is a state where you can find lots of fascinating national parks. 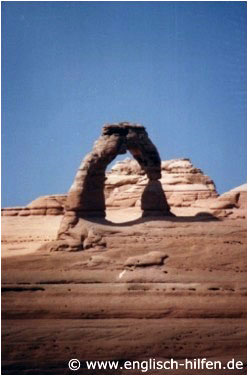 Thousands of spires rise in brilliant color from the amphitheaters of Bryce Canyon National Park. Millions of years of wind, water and geologic mayhem have shaped and etched the pink cliffs of Bryce.

There are many walking and hiking trails along the rim or to the bottom of the canyon. A walk along one of the many trails into the "furnace" of red and yellow spires shooting up into the sky gives the feeling of being on another planet. 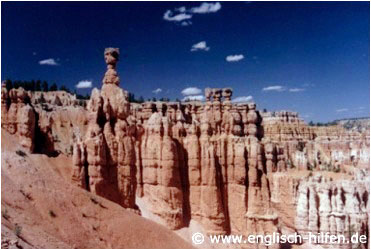 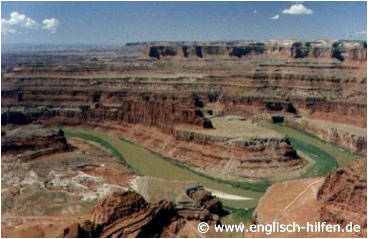 Designated in 1919, Zion National Park is Utah's - and the nation's - oldest national park. Zion's is famous for its soaring towers and monoliths. With nearly three million visitors per year, Zion is Utah's most heavily-used park. 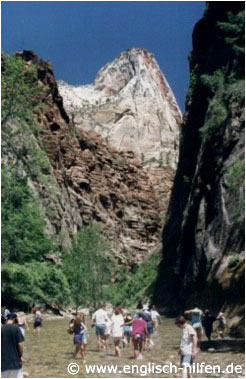 This lake is ideal for people who don't like swimming. You can "sit" or "lie" in the water. When you come out of the water (where no animal can live) the salt burns on your skin, so you need more than one shower to get clean (up to 27% of salt). And the smell around the lake is not very nice. But it's great fun. 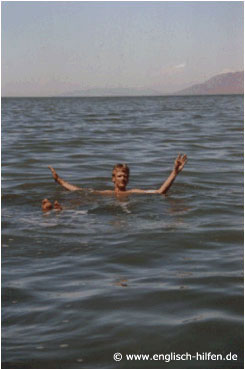