Llanfair – a village in Wales

This town in Wales (on the island of Anglesey) is the longest railway station name in Britain, and probably the longest domain name in the world.

Originally called Llanfair Pwllgwyngyll, which means The Mary church by the pool near the white hazels the village was renamed in the 19th century. This was done because the people wanted to stop more tourists in order to develop the village as a commercial and tourist centre.

Today the inhabitants of this town are satisfied with the name Llanfair. There are even longer names, also in Wales. The station name Gorsafawddachaidraigodanheddogleddollonpenrhynareurdraethceredigion has 67 letters.

In New Zealand you can find a place name with 92 letters.

In Thailand the capital Bangkok normally has 163 letters. 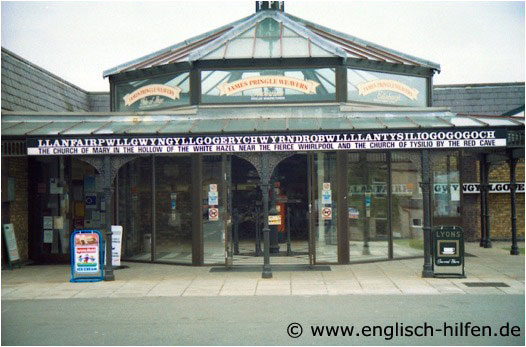 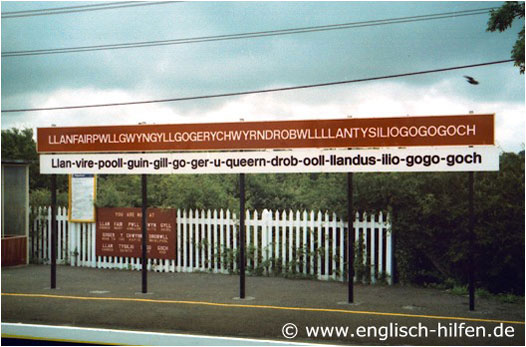